The Adventurers: The Story Behind the Painting 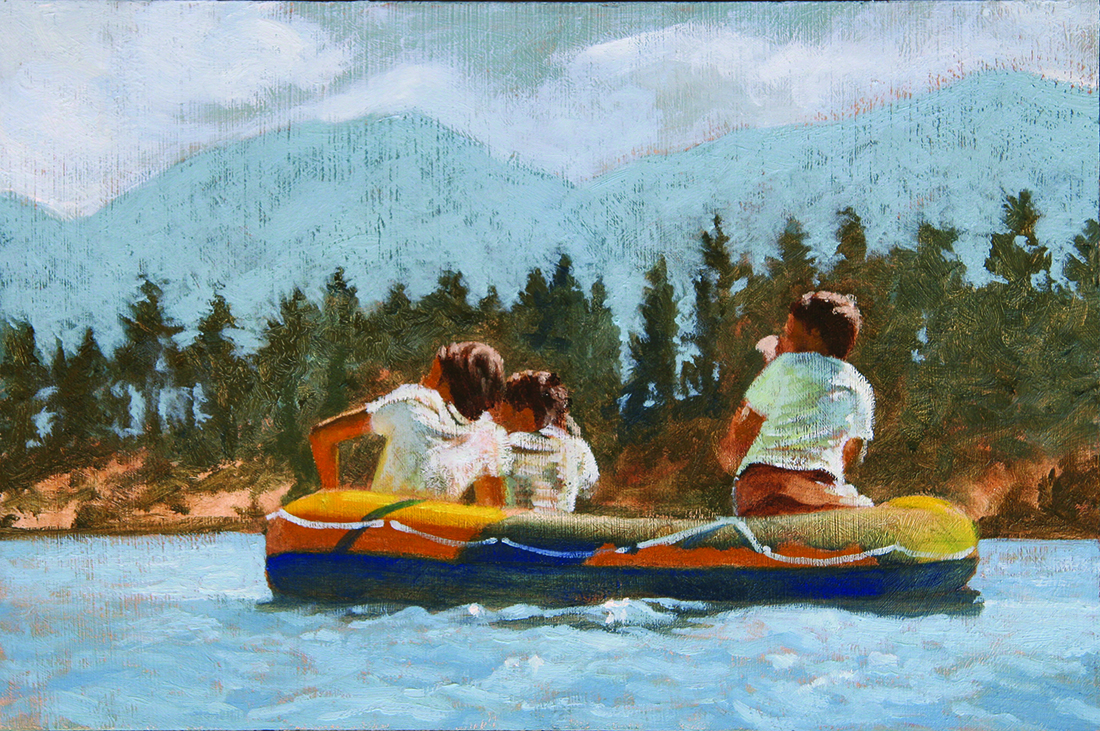 My nephews on Flathead Lake, Montana. Life does not get much better than being lost in the moment in God’s country.

The Adventurers is my salute to my first art hero, Winslow Homer. His paintings of endless summer days, Breezing Up, Snap the Whip, his watercolors of the Bahamas. I love the carefree feeling he created of being in nature and embracing life. He also had the amazing gift to create timeless and universal images from contemporary life. My hope was to come close to doing the same in The Adventurers.

Before my twenty’s our family spent many summers at the family camp on Little Simon’s Pond near Tupper Lake in the Adirondack mountains, New York. In 1912, my great grandfather built the compound of five buildings – a main log cabin, three bunkhouses, and a boat house. The camp, we called “Tupper,” was home to us for a about a month most summers.

At Tupper, three generations would play, laugh and grow together. It was rustic living. No electricity. No indoor bathrooms (actually one indoor bathtub reserved only for grandma). We bathed in the lake and cooked on a wood burning stove. We read and played cards by kerosene lamps and danced to original 1920s discs played on a hand-cranked Victrola. We learned how to live in community, be creative and resourceful. It was there that I watched and later joined my grandfather and father as they painted watercolors of the glorious lake and mountains.

After my grandfather died in the mid ’70s the camp was sold.

Years later, when we were married, I discovered that my wife’s family owned a cabin on a bay in Flathead Lake where she spent her young summers. The Cabin is situated on the lake in a position nearly identical to Tupper Lake camp’s main house, relative to the bay. Every time I visit Flathead, I am amazed by its similarities with Tupper. I am also deeply moved by Big Sky country’s beauty.

The day my nephews commandeered the yellow raft, their sight took me back to my two brothers and I playing in Tupper Lake. On so many levels, this painting had to be done.

I hope you like it. Please let me know what you think.

One thought on “The Adventurers: The Story Behind the Painting”